FORTE STUDIOS
ACTING
NEW FOR 2022/2023 SEASON!
​CHECK OUT SOME OF THE EXCITING CHANGES HAPPENING IN OUR ACTING DEPARTMENT!
Detailed information on some of our acting news coming soon! 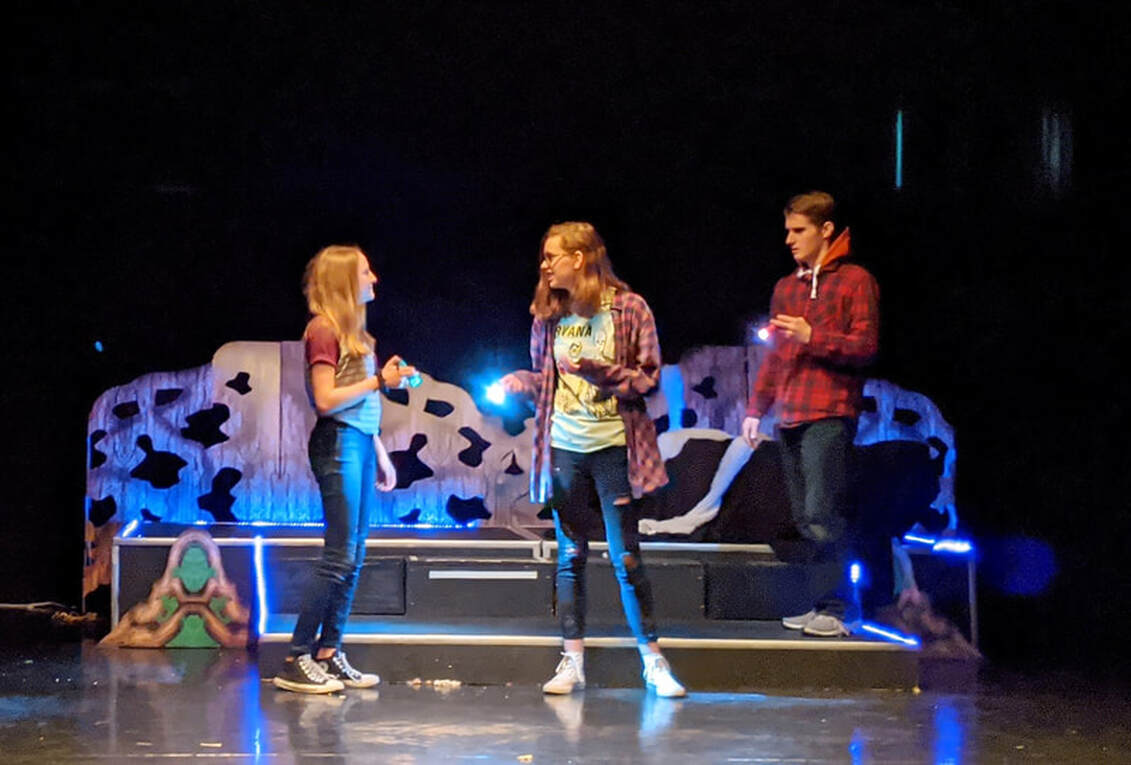 ACTING CLASS INFORMATION FOR OUR ACTORS
​
​Our Younger Actors: 45 min
Do you like to play pretend? Have you ever been told that you should be onstage? Do you like working with others on creating something amazing? Have you ever wanted to take the most awesome class ever? If you said “yes” to any of the above, or if you almost said yes, then this is the class for you. Acting Up is for both beginning actors and those with experience. We’ll delve into the world of theatre and equip you with all the skills to help you shine onstage. The course will be full of high-energy and fun lessons that will keep your actor’s toolbox full as you act in many scenes throughout the year – and two full-length productions!

Middle School Actors: 60 min
The world of acting is exciting, challenging, fun, confusing, and ever-changing. This class is for anyone who has ever wanted to learn about acting, has an imagination, read a play, a book, or seen a movie,  played or wanted to play amazing games, wants to increase their self-confidence, wanted to be onstage acting with a bunch of really awesome people, and wanted to performed brain surgery. If any of those are you, then this is the perfect class for you because we do all of those things! Except the brain surgery. (Sorry for the confusion.) So whether you’re new to acting or a seasoned performer, come join us as we learn all types of acting techniques, the art of pantomime, the thrills of improvisational acting, and the importance of creating a cohesive team. We’ll also help you avoid the worst thing an actor can do onstage . . . act. Along the way, students will also rehearse and perform monologues, duet scenes, and group scenes, and the class will feature two full-length performances.

Teen Actors: 60 min
If you’re in middle school or high school and looking for something new and amazing to try . . . or you’ve taken this class before . . . this class definitely qualifies. Acting is a great way to learn about theatre, performance, and yourself. We'll examine all parts of the world of theatre, including building an acting troupe, the actor’s toolbox, G.O.T.E, Actor's Wheel of Connection, creating believable characters, improvisation skills, auditioning techniques, monologue writing and performing, the ins and outs of the play-staging process, and many other topics. And this year will be even more amazing because you will perform in two full-length productions, with one being the most intense and awesome play ever attempted on the Forté stage. Can we pull it off? Who knows – but don’t you want to be a part of seeing if we can? If you’re looking to improve your acting skills, practice self-expression, build your confidence in a safe and supportive environment, and be a part of something never before attempted . . . well, I think you know what you need to do.
WHAT CAN I EXPECT OUT OF MY ACTING CLASS?
Below you will find detailed information on what an acting student can expect to gain from an educational standpoint.  Our focus is to not only provide students with several performances opportunities, but to educate them in the arts as well.  See description below>
Younger Actors
Learning to Check In, Ensemble Building
Actor’s Toolbox: Voice (Projection, Coloring Your Words, Flow, Creating through your voice, using the Pause), Body (Walking and Noticing, Control, Creating freezes that tell a story, Letting Your other body parts work for you, creating characters through movements.
GOTE (Goal, Obstacle, Tactics, Expectation)
Basics of Acting (Focus, Memorizing Lines, How to Read a script, Coming Through)
On the Spot (Basic Improv with the focus being on able to Play Through when everything goes wrong)
Pantomime
Auditioning
Putting a show together from Auditions to PerformanceEnergy building and collaborative games/activities
Fun theatre games help to make children more comfortable around each other and help to create a safe space to explore and be creative.
Physical and vocal warm up
Alexander technique: Focuses on relieving tension and making people more in tune with their bodies. Bodily awareness helps to create a neutral canvas that helps with future characterization.
Tongue twisters, articulation exercises, ability to move mouth quickly and efficiently
Theatre basics
What are stage directions, auditioning process, monologues vs dialogue, memorizing lines?
Basics of stage presence
Projection, enunciation, stillness and centered body language, turning out, entrances and exits
Storytelling basics
How to tell a story through facial expressions, sounds, body language, and movement
Performance basics
Getting used to an audience, dropping lines, covering for someone else, improv in case of uncertainty

Middle School Actors
Everything included in the younger class but taken to a higher level that matches the students in the class. Due to their age and the struggles the middle schoolers face that are unique to them, we spend a lot of time focusing on connecting: to themselves, to others, and to the world around them.
Actor’s Wheel of Connection
The 5 Keys to Acting
Learning Empathy Through Theatre
Improv: Creating basic scenes with no planning that feature unique characters, a conflict, and a beginning, middle, and an end.
Taking your tools in the Acting Toolbox to the Next Level
Characterization and analysis basics
Motivations: Why is your character doing what they are doing?
Actions: How is your character accomplishing their goal?
Obstacles: What is keeping your character from reaching their goal?
Relationships: Connection to the other people, environment, and situations
Given circumstances
What context clues do you have from the script and how does this help you create an authentic and compelling character?
Mind body connection
VERY BASIC work on how the mind, body, and environment interact to influence both the actor’s body and the character’s experience

Teen Actors
Everything listed above, but the focus here is more on internalizing characters, ownership, coming through, and creating a classroom environment of trust.
Memorizing Lines: The focus here is students learning that lines should be memorized to the point that there is no thought on stage about them. They have memorized them so well that they are thinking lines because they know them so well. This will also aid their listening.
Creating Truth onstage instead of performances onstage. The difference between “how do I say this line?” to “Why do I say this line and what do I want from saying it?” Internal acting versus external acting. Because of the time spent on the actor’s tools, those become automatic so that the actor can focus on making their character three dimensional instead of one dimensional.
Monologue work. From finding the point, dividing into moments, how to memorize, how to bring it to life. Also, when there is time, we dabble in writing them.
Actor’s Wheel of Connection: Combining this with my Empathy courses, we go really deep here on all levels. We spend a lot of time here because we take a deep dive in the student, understanding who they are as a person, sharing their discoveries (if they want) with the class, which provides connections with their peers, which will lead to a stronger connection with their characters.
Listening instead of simply hearing. This is where we teach students to be fully present and in the moment onstage so that they are listening to what the other characters are saying instead of hearing words as they wait for their cue.
In-depth character bios. In order to create stronger connections between the actor and their character and the other characters in the play, they write a first person bio based on given questions. They are also given class time to talk with other actors that they interact with on stage to create connections and backstories.
Improv:  The focus here is creating complex stories with a little planning at the beginning to no planning once their skills are developed. Unlike some forms of improv, if a scene is funny, the comedy comes from the story instead of the story coming through comedy.
Scene Writing:  When we have time, students learn the basics of creating a scene, from the idea, to the creation of characters and story, formatting, writing stage directions that are clear, and creating a performable show.
All of the above and more in depth expansion of ideas
More advanced script and character analysis
Objective, superobjective, subtext, beats, tactics
Moment before in every single piece of theatre- importance of thorough given circumstances when creating a scene
Internal versus external environments, obstacles
Basics of post high school theatre (if there is interest)
Audition process, character type, monologue repertoire, resumes, headshots
Monologue Work
Classical and contemporary monologues
Finding and preparing a monologue for auditions
What does an effective monologue entail
Beats, actions, subtext, objective, moment before